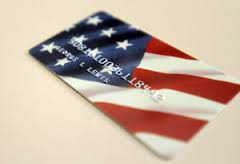 The past few months have been pretty rough for the North Carolina Department of Health and Human Services. DHHS Secretary Dr. Alonda Wos has faced questioning multiple times regarding the ongoing issues that have plagued the department she oversees. Two major issues that have come to everyone’s attention lately are 1.) NC FAST, the system that processes requests for food stamps and other assistance programs and 2.) NCTracks the Medicaid payment system, which processes payments to healthcare providers who treat Medicaid patients. The food stamps have become a great concern for many around the state, especially because the United Stated Department of Agriculture has set a February 10th deadline for the state to make some significant progress towards resolving the backlogged food stamp and other nutrition assistance program initial & recertification applications. If the state fails to make enough progress to address the backlogged applications the USDA could potentially withhold approximately $88 million in funding; which essentially covers administrative costs associated with running the food stamp program annually. http://www.northcarolinahealthnews.org/2014/01/24/new-usda-letter-shows-food-stamp-program-federal-funds-in-jeopardy/ As DHHS Officials began to review the pending cases they, did report there were numerous cases of duplicate applications, especially for those who had been waiting longer periods of time.

Secretary Wos faced questioning by the NC Legislature regarding the continued delays with the food assistance program, After hearing the new numbers and finding out the true status of things at DHHS, some of the leadership felt they had been mislead about the state of affairs at the department and the food assistance program.  The Secretary was not unable to provide concrete answers that seemed to satisfy anyone, nor did it appear that she was able to boost the morale about the ability to resolve the ongoing issues. Secretary Wos was questioned about everything from personnel decisions to whether or not the new system was actually going to work for the state or not. http://www.wfmynews2.com/news/article/301675/0/Lawmakers-Intervene-In-Statewide-Food-Stamp-Delays

Legally applications should be processed within 30 days. However based on the USDA letter to NC DHHS date January 23, 2014; NC had approximately 19, 974 untimely applications, and another 11,482 recertification applications. Secretary Wos has stated that changes in Medicaid eligibility have effected the department, as well as the implementation of the Affordable Care Act. So to address the backlog of pending applications the State sent about 200 employees to various counties around the state to assist them with things like processing applications, technical, and policy support. Some counties like Cumberland County allowed certain employees to work from home when some county social agencies were shutdown due to inclement weather. Enabling employees to work from home allowed them to continue to chip away at the pending applications. Cumberland County had the second highest number of overdue food stamp applications. The state sent four staff members to help process applications, and two others to assist with policy or technical support. http://www.fayobserver.com/news/local/article_4bf898b5-5e78-533e-bc27-0fc79fce4319.htm Other counties like Wake County; have their staff working overtime, which includes late evenings and some Saturdays. Wake County had the highest number of overdue food stamp applications for the entire state. However it appears that the county has made major progress with processing the applications. They too received assistance from several staff members of the state that were sent to help out with the backlog. http://abclocal.go.com/wtvd/storysection=news/local&id=9416016&rss=rss-wtvd-article-9416016

In the Triad & Northwestern NC Counties local agencies have been very hard at work to resolve pending applications, like other agencies all over the state. The most significant area of improvement for Triad & Northwestern NC Counties is resolving applications that were 120 days overdue- combined the local agencies reduced the number of applications from 204 to nine in the normal processing cycle and also reduced the number from 126 applications to nine in the expedited processing cycle. http://www.journalnow.com/news/local/article_d5735aac-8a9f-11e3-824e-0017a43b2370.html It is clear that the counties are stepping up and doing everything that the possibly can to help resolve the pending applications. When asked individually each county seems confident that they are capable of meeting the USDA deadline.

As of Monday February 3rd there were approximately 7,000 applications that were still pending. It’s not so much that the applications can’t be processed by the 10th. It’s more about can DHHS prevent this from happening again? Should the state be considering other options for a computer system to manage things like the food stamp program? Will there even be funding for a food stamp program after Monday? http://www.wncn.com/story/24623742/dhhs-makes-progress-in-nc-fast-backlog

In an update reported today by WFAE 90.7 in Charlotte, it is reported that unfortunately NC just barely missed the USDA February 10th deadline to clear the entire backlog of food stamp applications by approximately 25. However, the state has until the absolute and final deadline the USDA has imposed to completely resolve the backlog which is March 31, 2014. Secretary Wos stated that counties will continue to maintain the same work schedules that they have been working until the state has satisfied the demands of the USDA. Some county employees have been working long work schedules requiring their day to begin at 5 a.m. and ending at 9 p.m. and almost all counties have their staff working overtime to resolve the backlogged applications. http://wfae.org/post/nc-barely-misses-federal-deadline-resolve-food-stamp-delays

Much gratitude and respect to those who are working diligently around the state to process the backlogged food stamp and nutrition assistance applications.  Hopefully our Secretary of DHHS will find a more concrete solution to resolve the issues with the system that the state has decided it will use to process applications for assistance programs such as food stamps and nutrition assistantce. So that nothing like this happens to the residents of NC again in the future.

Daily news and entertainment for African-Americans. Your one stop for all things Black America.

BIZTECHBUZZ in the world of social, cognitive, IoT and startups

The Personal is Historical

On the challenges of pursuing justice

Where medicine intersects with public health

Breaking News, Sports, Weather, Traffic And The Best of NY